Tarot cards are practically a staple of the modern witchcraft tradition, however, the role they play in a witch’s practice may vary by the individual and their personal beliefs. For example, some people believe that Tarot as a divination tool is a method for receiving messages from ancestors, spirit guides, or deities. On the other hand, for many skeptic and secular witches, the Tarot is viewed as a way to glimpse into something uniquely personal inside the self.

What are Tarot Cards?

The Tarot has a rich history that goes back for centuries, but for the purpose of this article, I’m going to try and keep things brief. There are many books and sites out there that cover the tarot specifically more in-depth, and I encourage anyone with an interest to deep dive as there is always something valuable to learn!

Tarot cards are playing cards that were originally created for the purpose of gaming, yet over time they became a highly recognizable tool for the occult. Much like your average deck of playing cards, there are 4 suits along with numbered cards and hierarchical court cards (such as king, queen, etc.). These are known as the Minor Arcana (lesser secrets). Tarot cards also have additional cards that follow specific significant archetypes. These are known as the Major Arcana (greater secrets), and include cards such as Death, The Moon, The Emperor, High Preistess, and more. These cards are known as Trump cards. All in all there are 78 cards.

Tarot cards can be used for anything from a single card pull for direction or clarity, to larger more complicated spreads. The intention is usually to get some form of answer to a question or to create a sort of “roadmap” for approaching a problem or issue.

Most people use the Tarot as a form of divination, meaning a way to communicate with unseen/unknown forces. However, many secular witches approach it from a place of trying to connect with their intuition, inner self, or as a tool for personal growth and guidance. For the more skeptical witches among us, reading tarot is more a practice of introspective magic than anything supernatural.

For example, if you choose to do a 3 card spread regarding taking a new job, you can measure your gut reaction to the cards you’re dealt to give a little insight into how you really feel about the choice. The important thing is to pay attention to your cues and be honest with yourself. Similarly, if you’re in a shitty relationship and you’re lying to yourself and you pull the tower, you’ll probably feel attacked because you’re in essence avoiding the truth.

The thing is, we often are so busy and overwhelmed that we can have trouble listening to our gut. Anxious thoughts, worries, and our mind’s brilliant-yet-horrible ability to turn any little thing into a marathon of exhaustive contemplation can make it hard for us to move in a way that’s aligned with what we want. By using Tarot cards as a tool, we can bypass some of the noise and tap into how we really feel or think.

All this being said, approaching the Tarot from a secular perspective doesn’t have to be a completely mundane exercise. The imagery on the cards is mysterious, and allows us to float into a liminal space between our rational minds and the esoteric. Just the ritual of using the cards can itself be an otherworldly experience, helping us further tap into the guidance of our higher selves. The archetypes used in the cards can be helpful for contemplation, directing your energy, and doing important shadow work. In short- using the Tarot can be a uniquely spiritual experience, regardless of your worldview.

Everyday Uses for Tarot as a Tool for Growth

Probably one of the most important things to start with is finding a deck you vibe with. The Rider-Waite deck is probably the most widely-recognized iconic deck, however, there are literally SO MANY DECKS that you could easily get lost in the choices.

As a nature loving dirt-worshipper, I was drawn towards The Wild Unknown (affiliate link) deck for it’s imagery and uses of family structure for the court cards (for example using Mother and Father rather than King and Queen). The art is similar to the art I used to create when I drew a lot, and I felt immediately compelled to buy it. It was truly a “SHUT UP AND TAKE MY MONEY” moment.

There are specific meanings for the cards, and you can buy books or read tarot-specific websites to fully learn these in depth. Not gonna lie, it’s a lot to process and a bit overwhelming. However, there is also the option of learning through intuitive readings, meaning you interpret the cards’ imagery in order to get to know them and master them better. People might argue about this, but honestly as a person who sees this as more a tool for tapping into the self I think intuitive tarot is valid. And to be fair, your practice will likely change over time. That’s part of the fun!

Some Examples of Everyday Ways to Approach the Tarot

The possibilities are pretty endless, which is probably why the tarot has had such mass appeal for such a long time. Like any tool, your results may vary dependent on what you want from the experience, your skill level, and your dedication towards implementing this as a robust part of your practice.

How do you approach the Tarot? 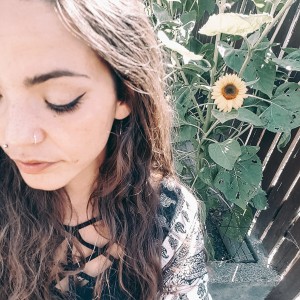